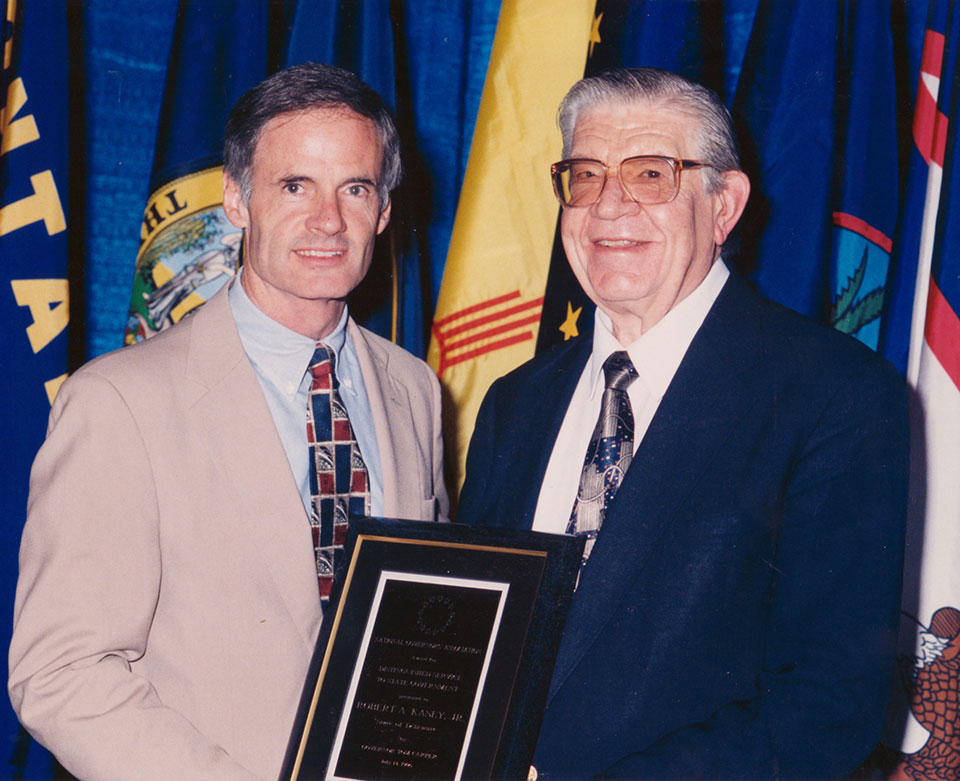 Connecting Generations was founded in 1990, under the name Creative Grandparenting, by Robert A. Kasey, Jr., a retired DuPont executive who became inspired to learn about how to become a better grandparent. After much research and thought, he embarked on a mission to educate grandparents on the importance of their role in their grandchildren’s lives and to help them be more effective in it. The program began with a series of workshops in which grandparents were invited to talk together, learn from one another, and explore new possibilities in their important roles.

Mr. Kasey discovered that the advantages of an involved grandparent can also result from mentoring: the caring, purposeful interaction of an adult with a young person. He decided then to investigate mentoring. He joined a new mentoring program at Lancashire Elementary School where two of his three granddaughters were students and began meeting with two students for a half an hour each a week, which quickly expanded to four students and even the whole class occasionally! The experience made a very deep impression on him.

From there, the idea of Creative Mentoring was born! After a bit more education on the basics of mentoring and initiating a new program, Mr. Kasey began the work of establishing Creative Mentoring, with some enthusiastic support. Programs jumpstarted in the first grades of elementary schools in Wilmington, Delaware, with Forwood Elementary being the first in 1992. After several years of expansion, the program was recognized by then governor, Tom Carper, and picked up steam! Since then, Connecting Generations published an award winning training manual for in-school mentoring that is now used across the state of Delaware to train mentors and Creative Mentoring is now the largest in-school mentoring program in Delaware.

Although the name of the program changed, the heartfelt purpose behind it did not. All of our programs are based on the concept of increasing the frequency and quality of intergenerational contacts. We believe that this connecting of the generations brings out the best in all of us.